The Jerusalem Institute of Justice (JIJ) is a non-government organization located in the heart of Jerusalem, Israel. Our sole focus is the cultivation and defense of human rights, the rule of law, and true democracy for all people, both in Israel, and the Middle East as a whole. We regard ourselves as a bridge for the indomitable ambitions of the United States and Israel; for the values that both our countries have always shared.

Ambassador Haley, the entire JIJ team sincerely applauds your staunch support of Israel and human rights worldwide. The bias shown against Israel by the UN has long been at the forefront of our minds, but we are happy to see that your presence in the United Nations is developing a new narrative with a more balanced perspective on human rights. Your most recent proposal to condemn Hamas for the violence perpetuated at the Gaza border has reassured us that an unbiased voice of reason can, and will prevail at the UN General Assembly. The UN approves resolution after resolution to unjustly condemn Israel while Hamas’s crimes fall on the deaf ears of the General Assembly. Your courage to stand up for justice by advocating for a narrative of symmetry, wherein Hamas’s atrocities can finally be denounced, inspired 62 countries to vote for justice. It is a triumph to see other countries beginning to stand up and recognize the truth, and your part in this cannot be overstated. Throughout the world, your denunciation of terrorism and your support for Israel is ringing true. 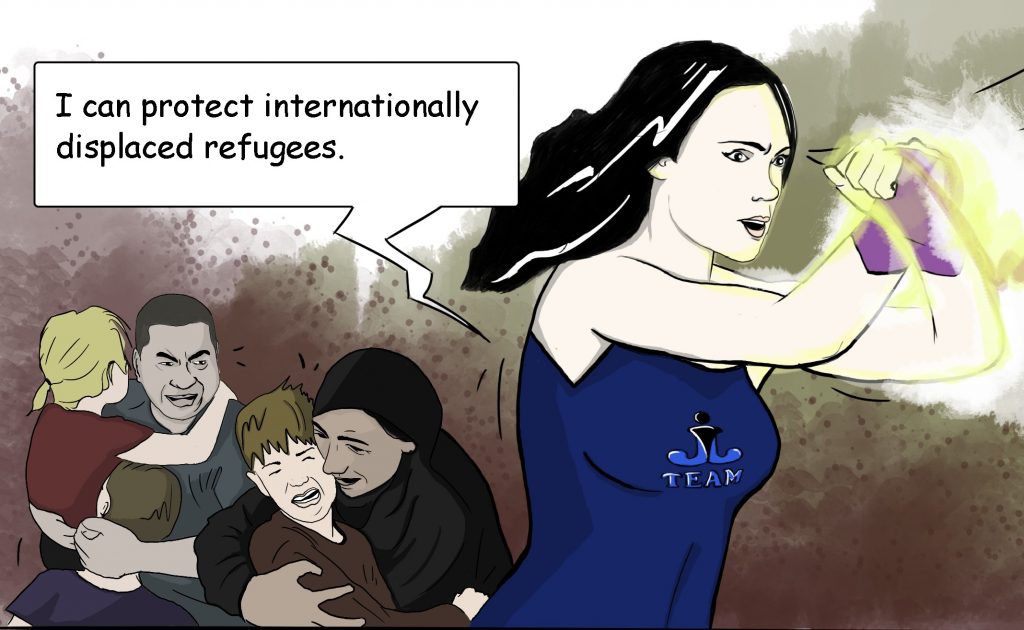 We would also like to point out, and praise, your recent courageous decision to leave the United Nations Human Rights Council. This action speaks volumes about true commitment to the global support of human rights. We stand behind you in the conviction that your departure may draw attention to the hypocrisy of Human Rights Council. We agree, wholeheartedly, with you that the council has developed a disquieting history of attacking Israel, while monumental human rights violations by countries including Saudi Arabia, Cuba, and Qatar have gone unaddressed. Your decision affirms the unbreakable bond between the United States and Israel. Hopefully, your actions will provoke the reorganization of the crucial Human Rights Council into a more effective and unbiased assembly.

The JIJ stands ready to aid you, Ambassador Haley, in whatever capacity we are able to. Our staff is constantly hard at work researching issues of human rights in the Middle East. We are currently focused on a UN project aiming to expose anti-Israel bias by deconstructing each resolution made against Israel, and responding with instances of the same injustice in other parts of the world that the UN conveniently ignores. Our research demonstrates the tremendous bias existing in past General Assembly resolutions against Israel. Last year alone, 21 resolutions were passed against Israel, while only 6 were passed towards the rest of the world combined. This is nothing short of a deep-seated prejudice that we cannot afford to ignore.

Once again, we here at the JIJ thank you for all that you do. If there is anything that the JIJ can do to support you and the excellent work you are accomplishing, please do not hesitate to contact us.