Operating in the only democracy in the Middle East, the Jerusalem Institute of Justice uses the law to seek equality and fair treatment. Since the establishment of Israel in 1948, the country has been striving to find a balance between democratic values and its nature as a Jewish State.

We sometimes find a disparity between the law and political interests. For example, since the state’s beginnings, Jewish Ultra-Orthodox political factions have had a monopoly on matters of faith, deciding who is a Jew and who receives religious and civil rights. This creates huge challenges for other streams of Judaism and for those who profess any other faith, highlighting the need for the services provided by JIJ.

As an Israeli human and civil rights organization, JIJ draws its working principles from two monuments of thought. These are monuments that have decisively impacted western civilization. The first of course is the Bible, the second, which was written after the Holocaust, is the Universal Declaration of Human rights.

The Bible expresses God’s heart for the world, teaching us as it says in Micah 6:8, to walk humbly, pursue justice, love mercy, to have a proper regard for each person and to influence the development of a better society.

The rabbis in the Talmud say that the Torah begins and ends with justice. (Exodus Rabbah 30:19). But what is Justice? In Judaism, justice is the equal and right application of God’s law and morality for mankind.

In Hebrew, there is a clear connection between 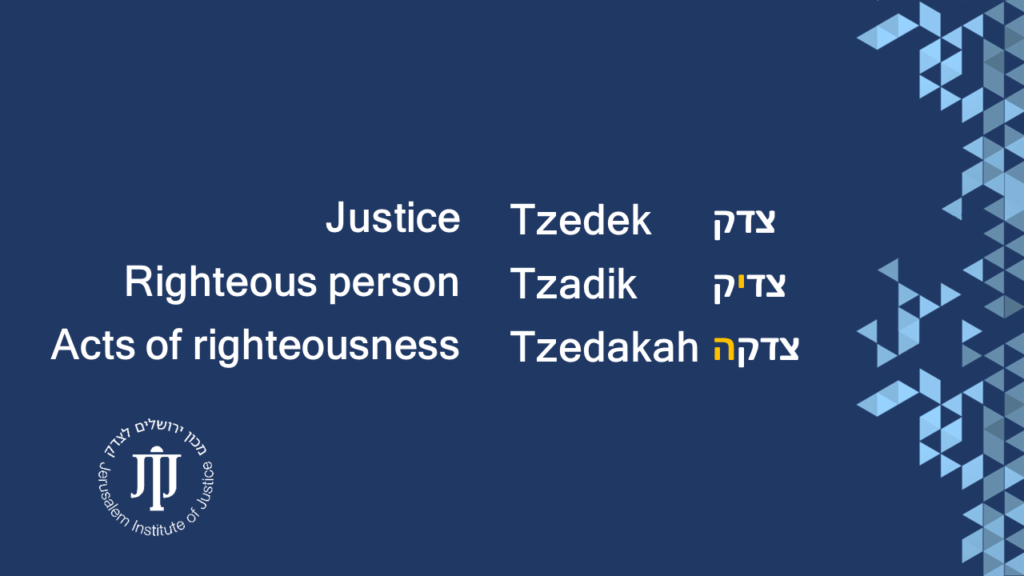 These terms are rooted in wisdom. The base of these words are three letters (tzadik, dalet and kuf) צ-ד-ק.

The only difference between the words is the addition of letters י(yud)  and ה (heh) which both represent in Jewish tradition the full name of the Lord. Here we see the centrality of God in justice.

The Universal Declaration of Human Rights which was based on Judeo-Christian values, mirrors the principles of human dignity, our responsibility to each other and personal freedoms. 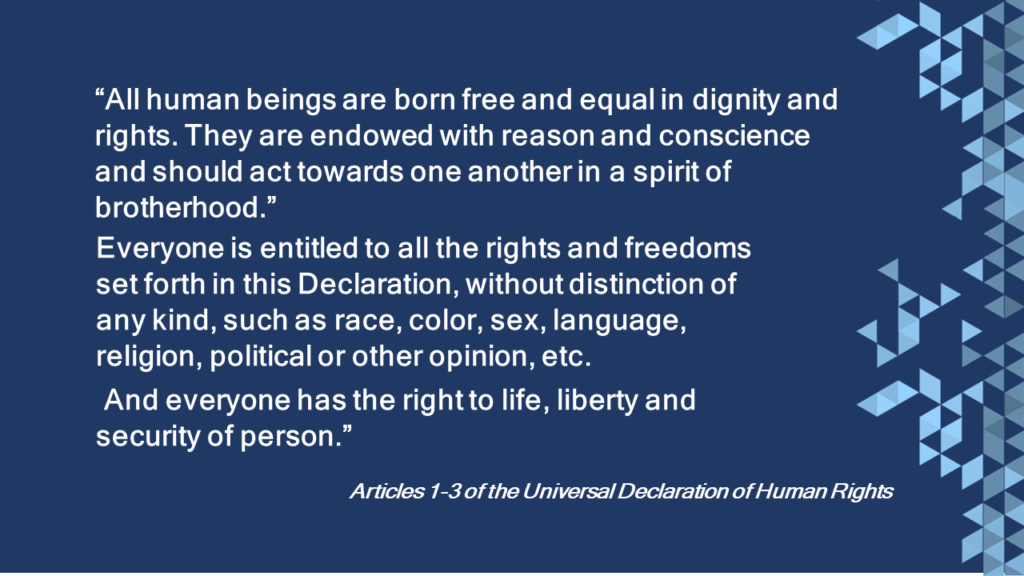