The Culture and Free Thought Association (CFTA) is a Palestinian NGO situated in Khan Younis, a city in the southern Gaza Strip. Their vision statement reads: “CFTA aspires to be a leading organizational contributor to civil society efforts to build a Palestinian society in which all citizens enjoy freedom, equality, and human rights.” They have received, along with other organizations, €481,773 from the European Union (EU) to support women’s rights in the Middle East. At face value, CFTA sounds like an organization that should be supported and that deserves the money they received from the EU. But what has CFTA decided to do with all that money? They decided to support anti-Israel policies, calling for women around the world to boycott Israel because of the “awful” way Israel treats women. This position is ironic to the highest degree taking into consideration that Israel is, by far, the most feminist country in the Middle East.

Rape is one of the most egregious crimes being perpetuated against women. Being so, the punishment for rape should be proportionate to how devastating the offense is. In Israel you can expect 16 years to life in prison for the crime of rape. In Jordan, rape is only punishable by 7 years. That is less than the amount of time in prison you would receive for armed robbery in some states in the United States. Has The Culture and Free Thought Assoc. called out to boycott Jordan for their “slap on the wrist” attitude towards rape sentencing? Another crime that affects specifically women is marital abuse. 51% of the women in the Gaza Strip have been subjected to a form of violence within the household (PCBS, Violence Survey in Palestinian Society, 2011).  Has CFTA made a call to boycott their own government for allowing a terrifying rate of marital abuse? 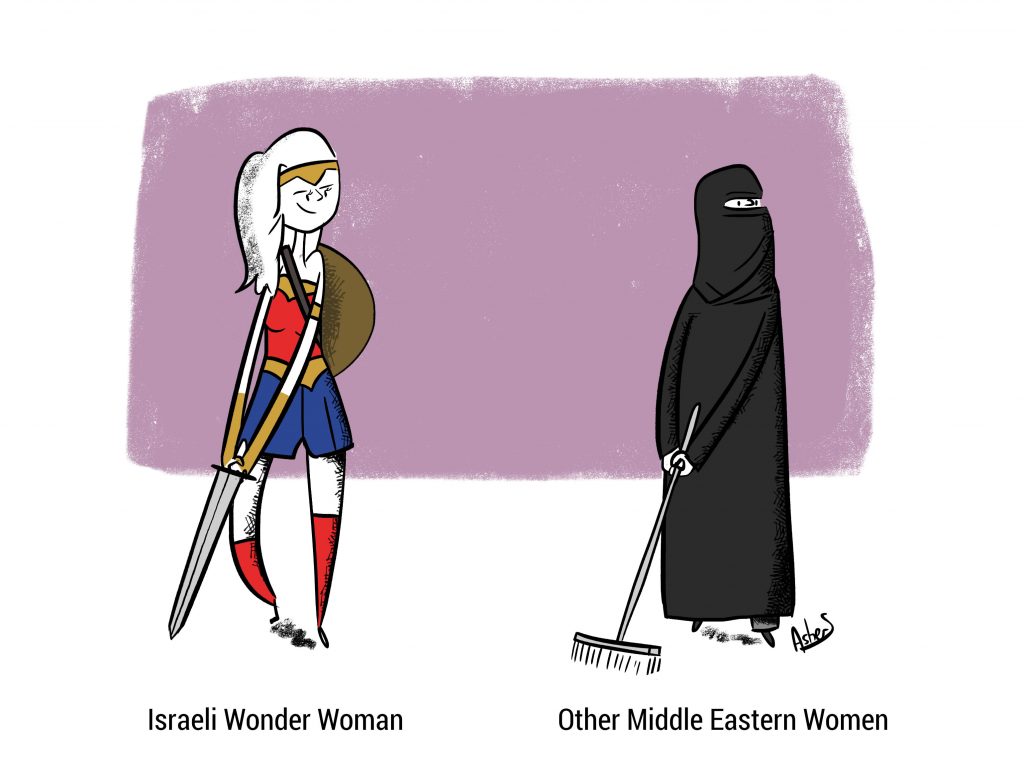 If rape and abuse are not so important for the CFTA, what about Female Genital Mutilation (FGM)? The destruction of a woman’s genitalia is a heinous crime that should be outlawed everywhere. Unfortunately, this practice is still prevalent in many places. In Egypt, FGM is a common practice that hurts, and even kills, thousands of little girls due to unclean medical procedures and the infections that followed. Fortunately, in 2007, the Egyptian Ministry of Health and Population banned all forms of FGM, but this has not stopped the practice. In 2014, UNICEF reported that 91% of women in Egypt had undergone some form of FGM. FGM has never been an accepted practice and is illegal in Israel. Why does an NGO, specifically designed to protect and stand up for women’s rights, condemn Israel, when countless young girls are being butchered in neighboring Arab countries?

How is a woman’s testimony in court weighed against a man’s? In Egypt, Iraq, Iran, Syria, Jordan, Saudi Arabia, and all areas governed by the Palestinian Authority, a woman’s testimony is worth half that of a man’s. This means that if a women accuses a man of committing a crime against her, whether it be assault, robbery, rape, etc., she will need another female witness just to have the same amount of credibility as the man. What country in the Middle East does treat both genders’ testimonies equally? You’d be right to assume, yet again, Israel.

Is Israel a misogynist country? Is Israel a patriarchal society?  In Israel, a child is granted citizenship automatically if the father or the mother is a citizen. Not all countries in the Middle East follow the example Israel lays out. In Jordan and Lebanon, the child’s father must be a citizen. Even if a mother is a Jordanian or a Lebanese citizen, if she marries a foreigner, the child does not receive her citizenship.

One of the strongest indicators of gender equality is women in positions of political authority. As of 2018, 28% of the Israeli Parliament is women. That beats even the United States, where only 20% of Congress is women. And where does the Middle East stand on female empowerment? The average percentage of women in positions of political power across the Middle East is a whopping…6%.

If the Culture and Free Thought Association wanted to actually talk about gender inequality and women’s empowerment, they could target any number of the issues addressed in this article. They could call for their neighboring countries to reform. Unfortunately, they are more interested in forwarding their political agenda by ignoring women’s rights violations in the Middle East and attacking the only feminist country in the area, Israel.